A Lego themed Valentine box is the perfect Valentine exchange box for any Lego fan. Saying that my kids are Lego fans is an understatement! Liam wanted to make this quick and easy Lego Valentine box for his first grade Valentine's Day party.

We started with a box (this box is from Kidstir), but you could use a shoebox too. We started by cutting a rectangular hole  – a slit to hold Valentine cards – out of the top of the box with a steak knife. It helps if you draw the rectangle with a pencil before you cut into the box.

Then we took red bulletin board paper and wrapped the box like a present (you could also use red wrapping paper). We cut the red paper where the rectangular hole was and the folded and taped the paper under the slit in the box.

To make the Lego studs (these are the “knobs on top of a Lego brick), we took a used Amazon shipping box and traced and cut six circles out of the cardboard box. A 16 oz water bottle was used to trace the circles with a pencil. To make the studs red, we we laid each cardboard circle on top of a red square of paper that was slightly larger than the circle, and cut “sun rays” out of the red paper, then folded and taped them to the back of the stud.

Here is a photo of the wrapped box and studs before we stuck them on the box. Liam wanted to write “Love” on top of the Lego studs instead of the usual Lego brand name. He used a pencil to write Love first on each of the studs. Then he used a red Sharpie marker to make to lettering brighter and more noticeable. I do get a little nervous when little hands use permanent markers around my house, but lucky for me, Liam is an especially careful 7- year old. I thought we might be done with decorating the box at this point, but Liam thought the box needed a little more Valentine's Day bling, so I got my trusty heart punch out. Liam punched out several pink hearts out of pink construction paper to cover the sides of his box using a glue stick. Liam was so proud of his Lego Valentine box! This was a super quick and easy Lego Valentine's box. We hope this post helps and inspires your Lego fanatics! 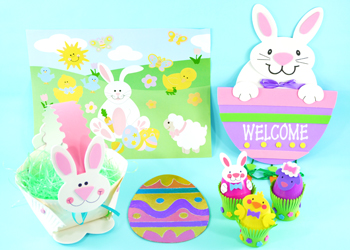